THIS BLOG began as a reference for people who have come across the HIV/AIDS writings of Henry Bauer and his friends and followers on the internet or elsewhere, and are looking for a critical examination of his thesis on HIV and AIDS.
Some later posts deal with the political dynamics of the HIV/AIDS denialist movement in general, and a couple of the more recent posts examine the activities not only of Bauer, but also of his friend Marco Ruggiero of the University of Florence, whose exploits have been extensively promoted on Henry's blog in recent years.
Bauer is currently one of the most prominent and active AIDS denialists. He argues variously that HIV does not exist (although he also sometimes claims it's a harmless passenger virus), that HIV antibody tests do not detect anything related to an infectious sexually transmissible entity, and that antiretroviral therapy is unhelpful and actually harmful for people with HIV/AIDS. Bauer has published a book The Origin, Persistence and Failings of HIV/AIDS Theory, promoted on his blog HIV Skepticism where he regularly expounds on his ideas. He has also published his views in several “review” articles in the fringe-science periodical Journal for Scientific Exploration which deals with such subjects as UFOs, astrology and alleged psychic phenomena and of which Bauer was himself the Editor-in-chief at the time.

Before he started promoting HIV/AIDS denialism, Bauer was perhaps best known for his extensive studies of, and advocacy for, the Loch Ness Monster.
Aside from the Journal of Scientific Exploration and his own blog, Bauer's main publication outlet has been the Journal of American Physicians and Surgeons (JPandS), the house magazine of the extreme right wing political lobby group the Association of American Physicians and Surgeons. Bauer is not, of course, a physician or surgeon, and in fact has no biomedical qualifications, training or experience whatsoever.

Oh, and if you've never heard of the "Association of American Physicians and Surgeons" before, Rachel Maddow give a quick introduction to them here (fast forward to 2.08):
THERE IS NO CREDIBLE SCIENTIFIC DISPUTE that HIV is the cause of AIDS, that it is sexually transmissible, and that antiretroviral therapy can effectively treat HIV disease and stem mother to baby transmission. There are certainly areas of intense discussion and research, such as clarifying the exact mechanisms by which HIV causes immune system disease and how best to optimise treatments, balancing benefits and the risks of side effects. HIV disease is no different to any other in this regard. Similarly, there is valid debate about how best to prevent new infections, and how finite financial resources are best distributed to maximise human health benefits, how to confront stigma, and how we make sense of human sexuality in a world in which HIV exists. Even getting a handle on the precise scale of the pandemic has been difficult – many HIV infections and much of the burden of AIDS disease have occurred in countries and regions where the epidemiological surveillance has been rudimentary, and statistics have been derived from small surveys or incomplete reporting. These are areas where there is legitimate discussion and debate, and importantly, the need for further research to ensure that our responses to HIV/AIDS are based in fact, evidence and human compassion. Unfortunately, while AIDS dissidents occasionally touch on these important subjects, much of the public discussion (particularly on the internet) is diverted to pointless disputes about basic questions about the existence of HIV and its role in the causation of AIDS that were settled by research published in the scientific literature even decades ago. 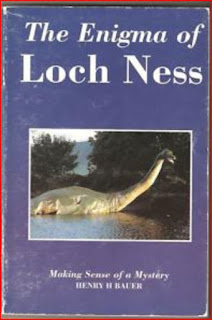 I STARTED THIS BLOG because Bauer’s followers have been promoting his theories in various web forums, and I could find little on the net which explains exactly why they are so faulty. Even the AIDS Truth site (a highly recommended antidote to some of the most pernicious AIDS denialist drivel on the net) has little on the substance of his argument, and focuses on some homophobic comments he published some years ago in his pseudonymous memoir, and which he has (to his credit) since repudiated. Other websites are critical of his obsession with the Loch Ness Monster and other areas of “fringe” science and pseudoscience, but rarely examine the glaring inadequacies with his main current interest, therorising about HIV/AIDS. Because of this, a casual reader might conclude that perhaps there is something to the denialist ideas he promotes. There is not. Despite his academic background in chemistry and "science studies", Bauer has no expertise in virology, immunology, epidemiology or infectious diseases medicine, and appears unaware of the most elementary basics of these disciplines, or even why such ignorance might matter if you are have pretentions to critique those fields. He often makes fundamental factual howlers, and misreads or misinterprets the vast reams of statistics that underpin his thesis. He makes frequent logical errors, and uncritically repeats many of the standard AIDS denialist canards even when they are mutually contradictory, let alone contrary to the evidence. Much of his argument consists of taking small facts and failing to recognise how they fit into the bigger picture of HIV/AIDS: in other words, his is in some ways one long argument from personal incredulity, based on a profound ignorance of his subject matter and a refusal to learn from explanation and criticism. He is, in short, a crank of the first order.
AIDS IS ARGUABLY the most emotionally loaded disease on the planet. It presses all the most difficult psycho-social buttons - sex and sexuality, race, fear of contagion, death, prejudice, money, power. It's like a Rorschach blot for human anxieties, human ambition and human controversy. This pushes AIDS denialism well beyond the bounds of common or garden scientific crankery, and is also what makes it so dangerous - and interesting. Unlike some other types of pseudoscience – Loch Ness Monsterism for example – AIDS denialism is far from harmless. People who have been taken in by denialist claims often make poor decisions that put their own lives and health at risk, as well as that of others. The most notorious recent example comes from South Africa, where (mostly Western) AIDS denialists managed to convince senior figures in the SA government that HIV was harmless or non-existent and antiretroviral therapy too toxic for use. The result, according to a recent study, was 330,000 otherwise preventable deaths in that country between 2000 and 2005. AIDS denialism can be catastrophic for both individuals and whole societies. This is the reason for the title of this blog, “Reckless Endangerment”. Future posts will examine some of the more basic misconceptions behind Bauer’s ideas before looking at some of his more specific claims, especially those he is actively promoting over the net.
Comments, including constructive criticism are welcome, but please be brief (preferably under 250 words), coherent and relevant to the discussion at hand. Please note that this blog is not intended as a forum for yet another fruitless “debate” in which denialists roll out the same tired old canards.
Posted by Snout at 2:31 PM

Thank you! I've been reading bad science, and was getting annoyed that Ben just assumes AIDS deniers are wrong, so I had a look on the rest of the internet for info. For a while I could only find AIDS deniers (not people who respond to them like you).

So although I realise that engaging with them can make it seem like there is a debate to be had, I don't like just relying on the authority of academics and the like (although I do trust them). Now you've given me the opportunity to find out if they're all cranks or not!

So I thought that I'd say thanks, and that your blog is read by at least one person who isn't convinced one way or the other.